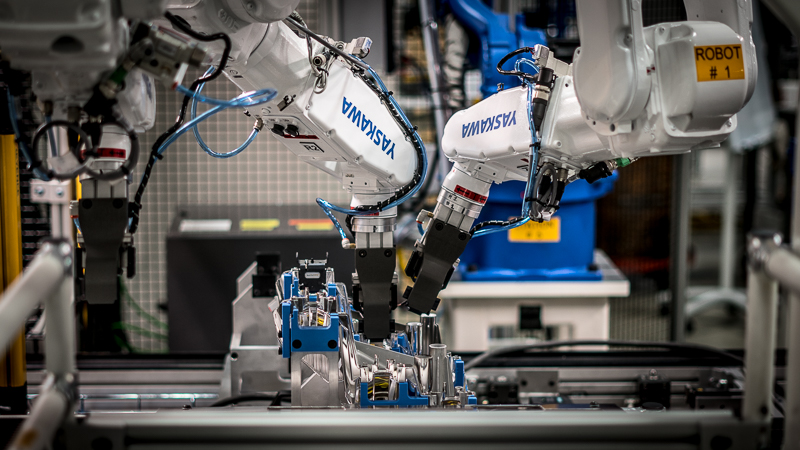 Automation equipment can be found in factories, manufacturing facilities and industrial settings of every kind. More specifically, robotic systems are used in endeavors such as material handling, metal forming, polishing, painting and even surgery. But most often, these special machines are associated with assembly work.
The programming methods and capabilities of early robotic systems were crude by today’s standards. With technology having advanced almost exponentially in every area over the years, robotic assembly equipment is now closer than ever to being able to perform in ways that pioneers in the field could once only imagine.
Simulating the “Human Touch”
Since the first robotic arms began to appear on automotive assembly lines, concerns have rippled throughout the workforce in regard to robots one day taking the place of humans on a large scale. Although industrial automation equipment has caused some shifts and adjustments in the labor force, it has also generated a number of new opportunities and professions.
Early robotic systems developers did indeed envision a future where their machines would be able to very closely replicate the movement and “feel” of humans. Thanks to innovations in engineering and computer programming, that dream has become reality, at least on some levels.
Through the use of force and torque sensors and “machine vision” technology, new-generation robotic equipment possesses the ability to identify a task, precisely orient into position and apply the correct amount of force as it navigates through the work. Robotic integration via intricate programming and powerful computer control systems enable these machines to perform “intelligently,” therefore minimizing the need for human intervention.
The latest robotic equipment is extremely accurate, versatile, productive and can work continuously if well-maintained. Although these machines are now closer to approximating the human touch than ever before, human interaction will always be necessary for their programming and guidance.