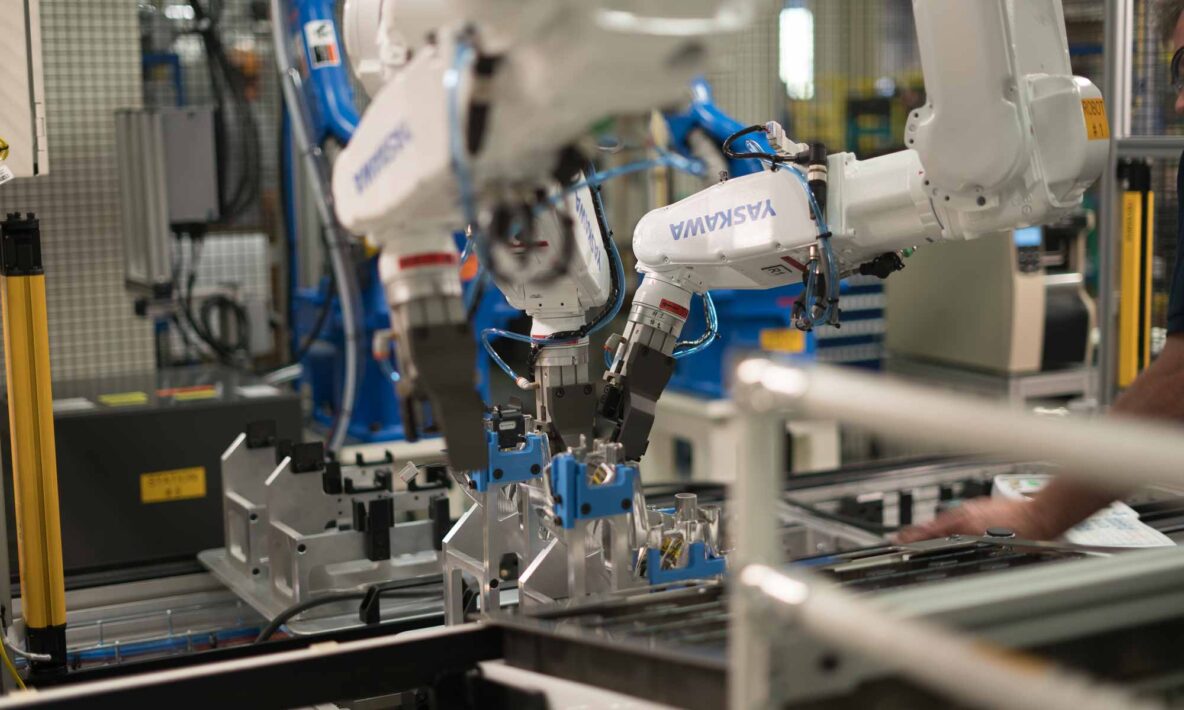 Since the first robotic arms began to appear on assembly lines, concerns have rippled throughout the workforce in regard to robots one day taking the place of human workers on a large scale.

Thankfully, we don’t have to worry about robots taking over our jobs. In fact, the implementation of robotics in manufacturing is possibly the best thing to happen to the industry since the assembly line. The bottom line is robots improve efficiency, which increases revenue, helping companies grow and hire more humans. The future of manufacturing equipment automation is in robotics, but there will always need to be a human workforce telling those robots what to do and how to do it.
The latest robotic equipment is extremely accurate, versatile, productive, and can work continuously if well maintained. Although these machines are now closer to approximating the human touch than ever before, human interaction will always be necessary for their programming and guidance.

Recently our team of mechanical and electrical engineers designed and built an innovative, robot-integrated, automated system utilizing two SCARA robots and a six-axis robot for a major automotive supplier that needed an automated machine to assemble a shock absorber valve assembly.

You’re probably familiar with six-axis robots — they have a huge range of motion and are very common on assembly lines, especially in the auto industry. But I often find myself more impressed by their simpler cousin, SCARA robots.

SCARA robots only move in a horizontal pivoting motion with just a single vertical stroke, but they still have a ton of range of motion. And just because a robot is simpler doesn’t mean the robot is less precise. In fact, SCARA robots are generally faster because of their limited range of motion and fewer moving parts.
The faster the robot, the faster the automation; thus, efficiency improves. That means more time to focus on what really matters – your business and your customers.