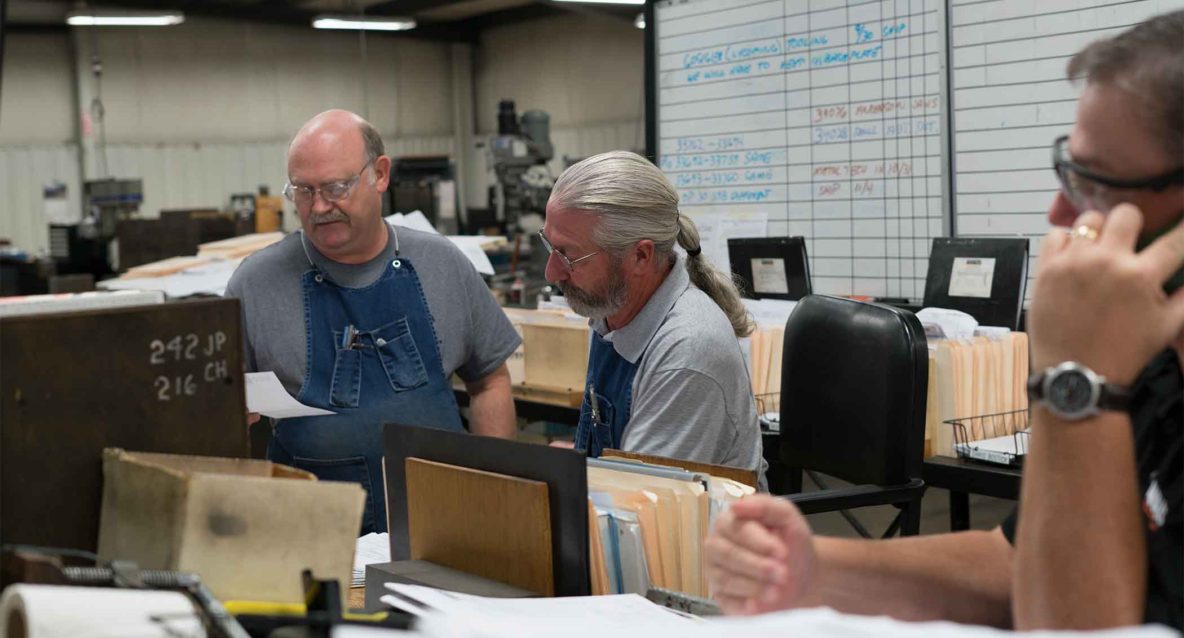 Whether cut, drilled, shaped or machined, the goal of any manufacturing process is to produce consistently precise products.

An unquestionably important but relatively unacknowledged aspect of the manufacturing process is the workholding fixtures used to keep a part in place as the part goes through the various levels of production. Workholding devices come in the form of vices, grippers, chucks, clamps or, in more elaborate situations, custom fixture clamping solutions and robotic systems.

“Every part that has any type of tooling applied to it in any fashion has to be held in an accurate manner in order to do the machining,” said Lee Wise, assembly lead at Ahaus. “Sometimes that’s done on manual machines, but recently more often on CNC machinery.”

Wise has been with the company for more than 32 years, overseeing almost every aspect of a project, from design to assembly to delivery. So what does he have to say about the future of workholding?

“As the materials change, the challenges change too,” said Wise. “Anytime there is machining, there will be workholding; it’s almost impossible to eliminate the need for it completely.

“The biggest change I’ve seen is the implementation of robotics in workholding, which we’ve been doing for a long time; it’s a fast-growing aspect of the industry. Robotics allows the operator to safely focus other aspects of production while the robots do the heavy lifting,” he continued.

Thanks to robotics, combined with precision CNC machining centers and robotic workholding fixtures, the amount of control the machine operator has now is unprecedented, giving manufacturers the ability to produce exceptional levels of precision