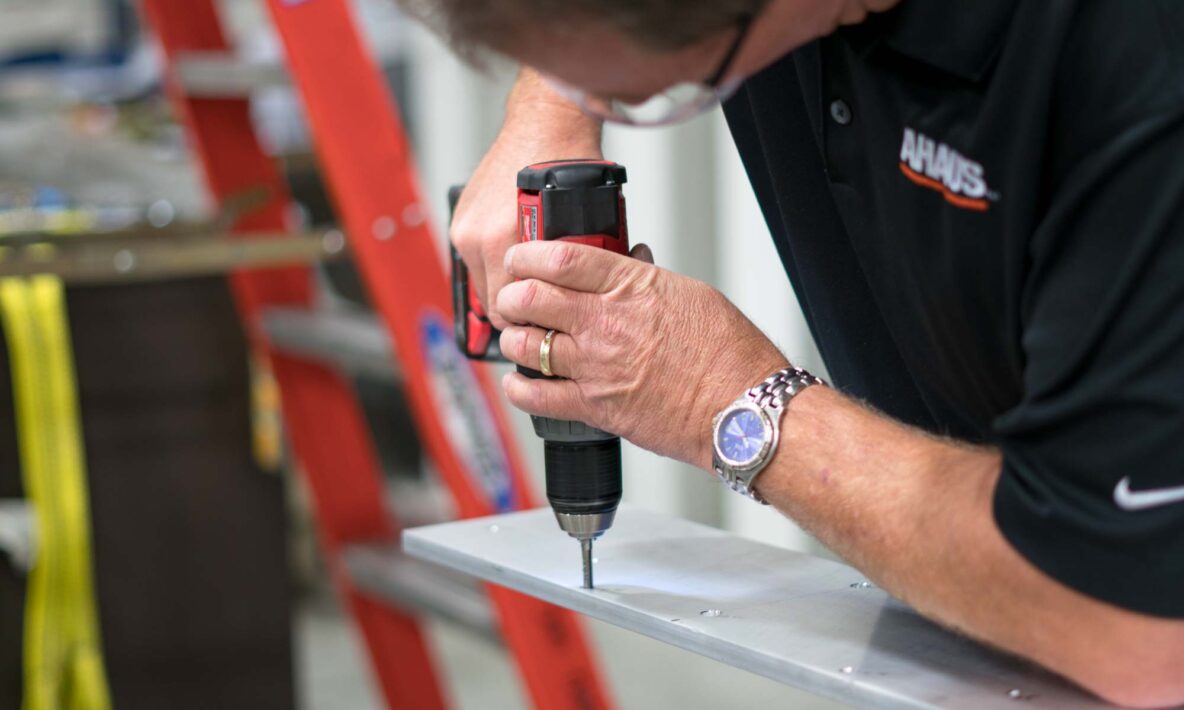 Despite the rise in technological innovations and the introduction of accessible computers and the Internet in the workplace, the manufacturing industry continues to be an integral part of the U.S. economy. But for the past few decades, thanks to the many new job opportunities presented by technological advancements, society has been encouraging young people of all degrees of abilities and intelligence levels to pursue non-manufacturing jobs.

Now, there’s nothing wrong with non-manufacturing positions; we need doctors, lawyers, programmers, engineers and entrepreneurs as much as we need skilled workers like machinists. But this societal shift has created what some call a “skilled worker void.” This is likely due to a perception that manufacturing jobs are still on the decline, which simply isn’t true.

Lee Wise, assembly lead at Ahaus, has been with the company for more than 32 years. His job is to oversee almost every aspect of the design and assembly of workholding fixturesand automation equipment, from inception to final delivery. When there are not enough bodies on the assembly floor, he knows before anyone else. It is not uncommon for Wise to have to fill certain roles on a project himself, in addition to his managerial duties, to meet a deadline.
“We’re short on manpower right now,” said Wise. “We need more bodies in here, and that’s an industry-wide problem, finding qualified help. That’s happening all over the country.”

Working on the assembly floor at Ahaus requires a significant amount of training, education and experience. When an employee moves up to another position within the company, it creates a new void somewhere else. Finding trained skilled workers to fill these voids is a challenge.

That’s why Ahaus offers a nationally accredited apprenticeship education program for toolmakers and CNC machinists.Our apprentices receive on-the-job training as well as formal education; we partner with Purdue University College of Technology and Ivy Tech Community College. Ahaus ultimately gets a trained skilled employee, and the employee gets free education and further training in a high-demand industry.

It can be a stressful, high-paced environment at times, but the manufacturing industry is as sound as it’s ever been. Those who are able to get a position at a good company will likely find that they don’t have to worry too much about job security.

“To me, security is a huge part of your job,” said Wise. “I never worry about that, and I haven’t since I started at Ahaus.”

Because of the steady rise in skilled trade jobs and the apparent plateau in non-manufacturing jobs, counselors and advisors are now trying to lure young people back to the manufacturing industry in order to find a better balance.

“It’s not going to happen overnight,” said Wise. “It’s going to be another big, long turn to get people of reasonable to high intelligence to want to get into a trade that, until recently, was not seen as being very attractive. But the industry is as steady as a rock.”