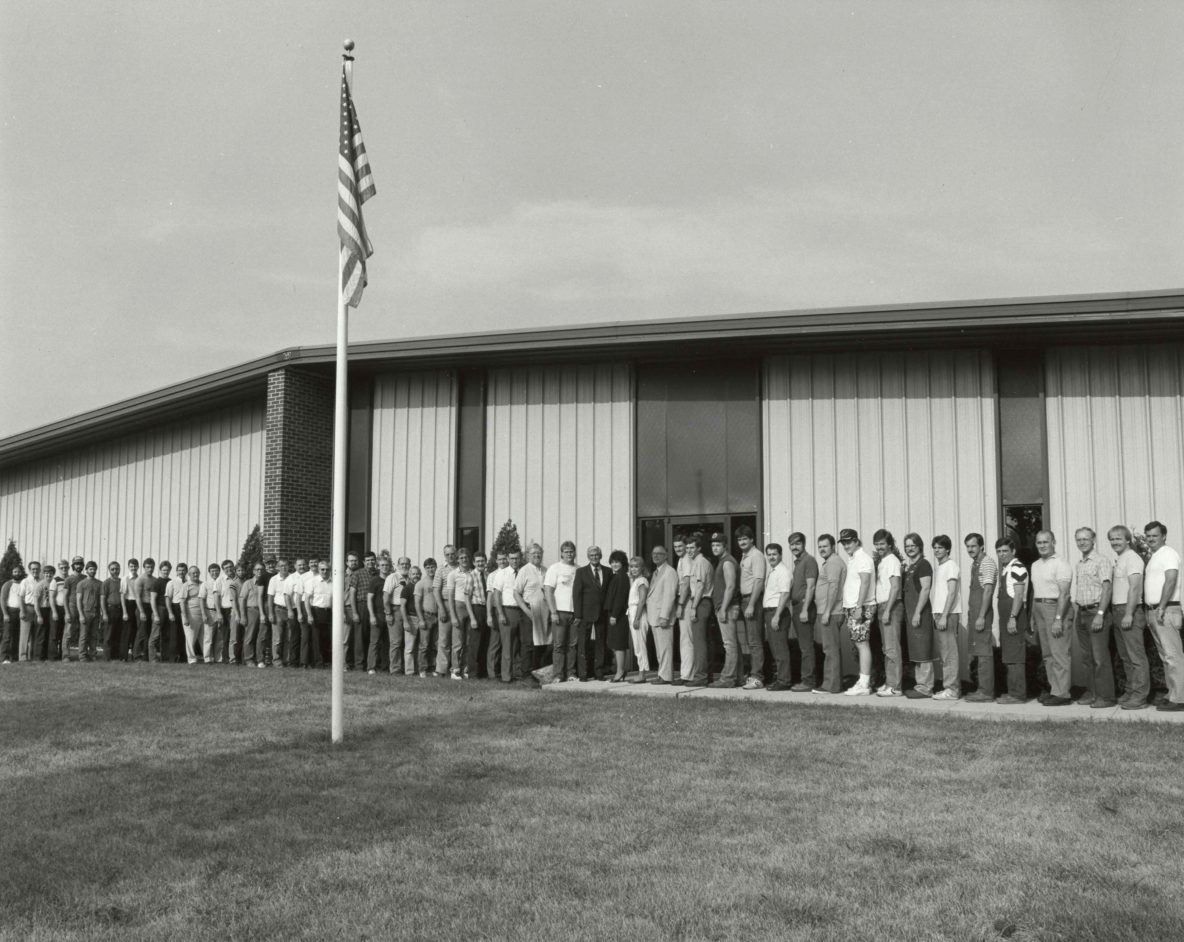 As I sit in my office, I notice standing in the corner, a shovel. One must wonder what a shovel is doing in a neatly organized office (thanks to Wanda) that I’ve inhabited now for more than 20 years. Well, it’s no ordinary shovel!

The shovel has been a part of every Ahaus expansion celebration since we built the new plant on Industrial Parkway back on May 2, 1979. The shovel handle has a commemorative plaque on it inscribed, “Breaking Ground for the Future.” The original facility was just under 17,000 square feet. At the initial ground breaking, every employee received the opportunity to put the shovel in the earth and turn some dirt. We wanted everyone to be invested in the “future.”

Since the initial ground breaking, the shovel has been used five more times, each commemorated by a plaque, and we have expanded to 65,000 square feet. Will the shovel be needed in the future? If I were a betting man, I would say yes. But one thing is for sure, it will be available for the next true growth opportunity. It’s in the corner ready to go!